We can only anticipate how long we will all be restricted.

We look forward to arriving safely on the far side of the fear, illness, loss and economic impact of this global crisis, and returning to our first love -- sharing Cuba with you.

Please keep up to date with CDC Travel Restrictions.

All donations are tax deductible.

The Center for Cuban Studies (CCS) is a non-profit, tax-exempt educational institution with a national membership base organized by a group of scholars, writers, artists and other professionals with a purpose to counter the effects of U.S. policy toward Cuba. Founded in 1972 and located in New York City, CCS is dedicated to providing information about contemporary Cuba and contributing to a normalization of relations between Cuba and the U.S., including an end to the embargo. 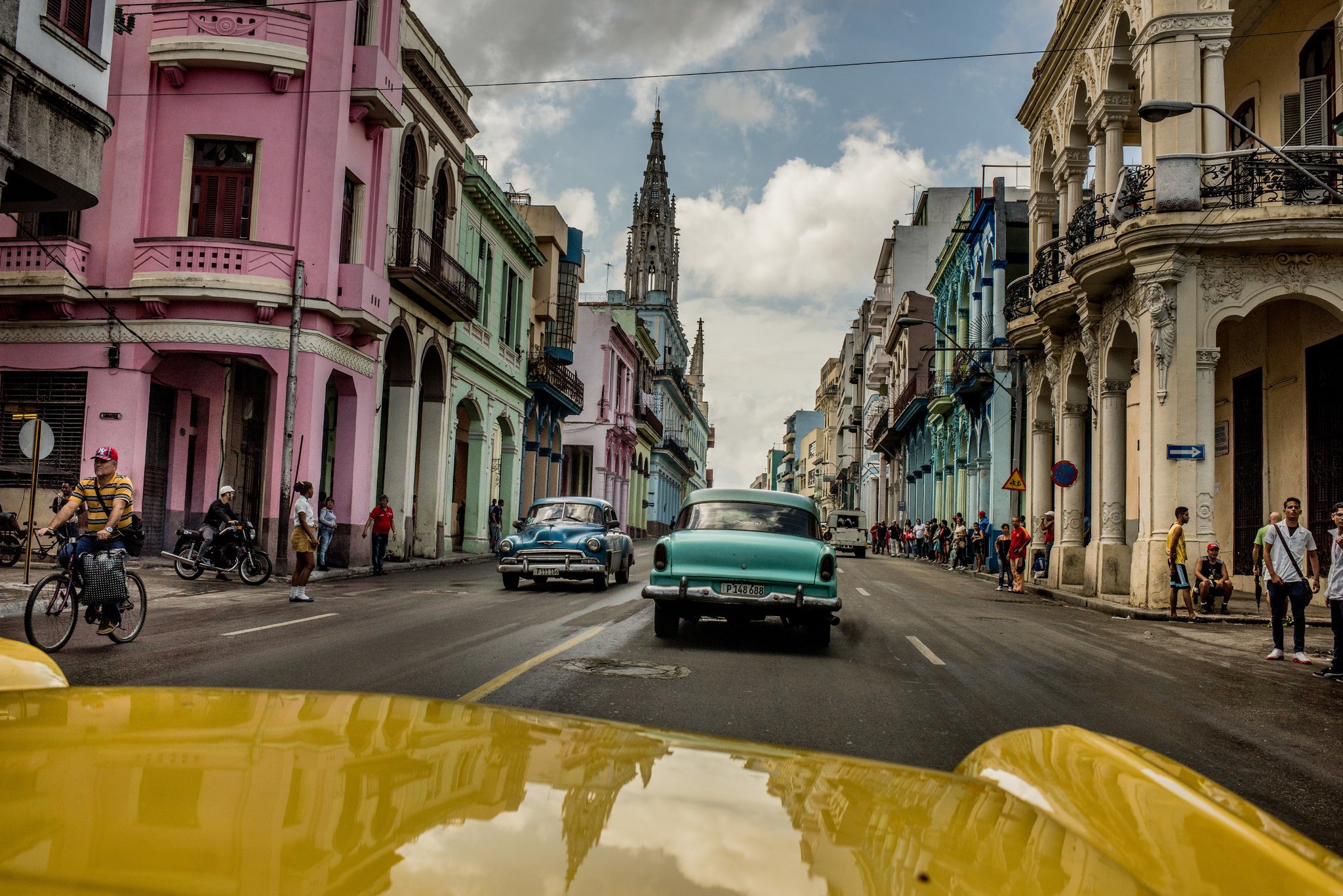 In photogenic Havana, with its collage of colonial and Art Deco architecture, vintage cars cruising the streets are a quintessentially Cuban feature.
(Thomas Munita/New York Times)

Read Executive Director Sandra Levinson's letter to the editor of the New York Times in response to this article:
To the Editor:
Re: "A Symphony of Sound," by Reif Larsen [March 18, 2018]

The Trump administration is doing everything it can to insure that NO U.S. citizen can experience Havana's "symphony of sound" as Mr. Larsen and his wife did.
The Center for Cuban Studies has been organizing trips to Cuba since 1973 and we have never experienced an administration so bent on destroying the Cuban system by withdrawing a main source of income for its people.
Following President Obama's opening of diplomatic relations with Cuba in 2014-5, and the relaxation of the travel ban (while still in place), Cuban families went all-out to spruce up their homes and join Air B&B, or open home restaurants or expand already-existing small businesses, all with an eye to business from U.S. travelers.
For a little more than a year, U.S. travel skyrocketed and thousands of Cuban families benefited, as did our travelers. Then Trump stepped in to satisfy the demands of his pro-travel ban Cuban-Americans in Florida. With a rousing speech last June, Trump attacked the Obama policy, while making few substantial changes in the actual travel regulations. However, what the administration chose not to do by law or regulation, it has accomplished through intimidation, i.e., bringing U.S. Cuba travel to a near-standstill. The State Department has warned U.S. citizens, in no uncertain terms, that it is not safe to travel to Cuba and if something happens, one cannot expect help from the U.S. Embassy. (https://travel.state.gov/content/travel/en/traveladvisories/traveladvisories/cuba-travel-advisory.html)  The sad part of this is that the intimidation is working.
This is a terrible situation both for U.S. travelers and for the Cuban people. The campaign against Cuba being carried out by Washington deserves to be discussed at greater length than in a letter. But for now, NYT readers should know that TRAVEL TO CUBA IS LEGAL AND SAFE. There is almost no one who cannot qualify for legal travel and there are many of us – nonprofits and travel organizations both – willing and able to help the intrepid traveler to Cuba. We cannot allow this administration – now emboldened by the appointment of tough-on-Cuba John Bolton – to keep us from experiencing a welcoming Cuba. 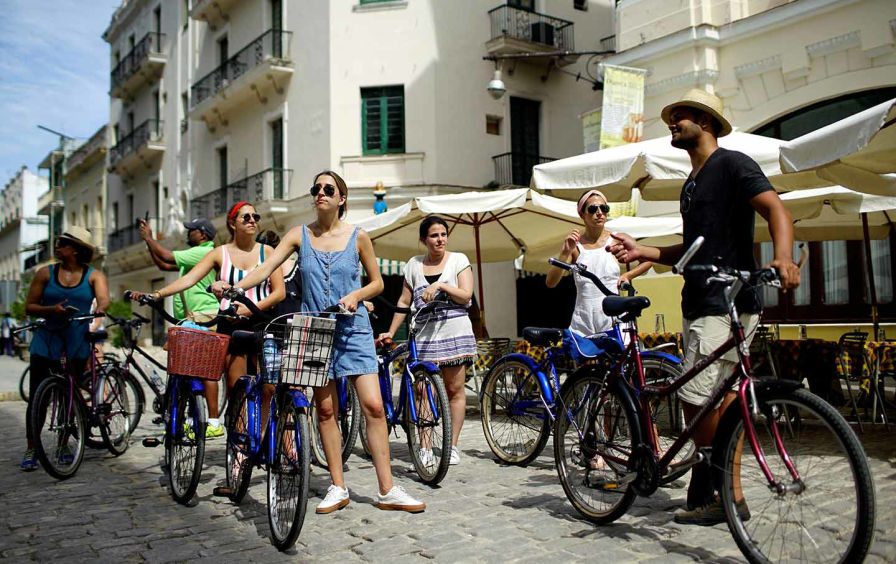 A group of tourists from the United States take a guided bicycle tour in Havana, June 17, 2017.
(Reuters / Alexandre Meneghini)

How to Go to Cuba Now
New York Times 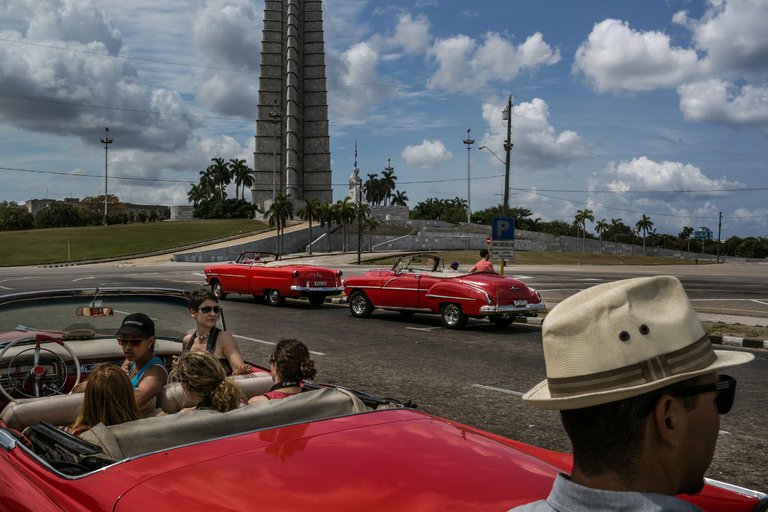 Tourists wait for a driver for a tour around Revolution Square in central Havana.
(New York Times/Mauricio Lima)

All prices are in USD. © 2022 Center for Cuban Studies