Help Me Write The Future. 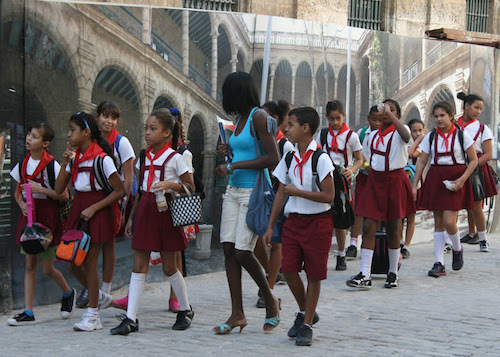 I’ve never gotten around to writing the “memoir” friends ask about, but I do have lots of stories. A bit late to the blogosphere, given that I have strong opinions, I am passionate about many issues, and have always wanted to spread the word. I also like to share Cuba-centric anecdotes. So here goes: my first blog and a few ideas for future posts.

The first is a no brainer. On December 17, 2014, and on July 20, 2015, the US and Cuba took serious steps toward normalization of diplomatic relations. Those baby steps came after and preceded other baby steps – a little easing on the travel regulations (but NOT lifting the travel ban), a bit more money allowed to enter Cuba via friends and family, cautious steps to improve communication, a kind of “easing” across the board. But no lifting of the embargo, no clear change in banking regulations, a lot of uncertainty. No one’s quite sure – except maybe our legal team – just what a U.S. citizen can and cannot do, legally.

One thing, however, is a clear and present danger to Cuba: the rush to the island by U.S. travelers. There is much that we can do to help visitors see not “the culture of tourism, but Cuba’s culture,” as ICAP (Instituto Cubano de Amistad con los Pueblos) president Kenia Serrano noted in her remarks at a recent Center reception in her honor. I’ll talk about how we do that.

I want to write about why Cuba is important to all of us, too. Not just CCS members and friends, but our community, our nation. It’s important because the history of US-Cuba relations and the Cuban Revolution has a lot to teach us: the domestic policies that have made Cuba’s population the healthiest and most educated in the Americas; the way Cuba has shaped its own internationalist foreign policy; how the Cuban people have confronted the serious problems of daily life caused by the U.S. embargo and the country’s own internal economic policies; a cultural policy that has helped create a country with so much working talent that visitors come away exclaiming, “Cuba is a country of writers, musicians and artists!” Some of these topics can be covered more expertly by others, too, so I plan to invite guest bloggers!

I want to write about why we started the Center for Cuban Studies in 1972, and how it grew; how our Lourdes Casal Library flourished, and why; how we started our Cuban Art Space in 1999. and why. I want you to know our current program, and our plans for the immediate future, why a center like ours is relevant to the future of Cuba and to U.S.-Cuba relations. More than enough topics for many posts.

And then there are those personal stories. After traveling to Cuba more than 300 times over 45 years, I have many. A few weeks ago I spoke at a synagogue in Montclair, NJ together with a screening of “Havana Curveball,” directed by Marcia Jarmel and Ken Schneider. Most of the audience was made up of junior high school students, together with a few teachers and parents. During the Q & A, an 8th grader asked me something I’d never been asked before. “Do you think going to Cuba has changed you in any way?”

What a wonderful question! Of course, I said that Cuba had done more than “change” me; it had defined my life’s work. But as I was trying to answer, I realized how inadequately I was responding. But I tried. I told him that Cuba had taught me patience – several times a day during my first visits people would say, Paciencia, chica, paciencia! When we in the U.S. want or need something, I pointed out, it must be NOW. In Cuba, it CAN’T be, whether it’s waiting for a bus or taxi, trying to buy enough food for dinner this week, seeing a doctor or a dentist (but at least it’s free), or paying a bill.

Cuba taught me a certain social graciousness, a way of slowing down, and paying more attention to others. You can attend a serious meeting in Cuba, for example, to discuss serious topics with important people, but no serious talk happens before having a coffee or juice or a soda, maybe even a cookie or two. It’s a good way to slow it down, relax a bit.

Cuba has taught me the true value of community. In Cuba, your toilet breaks down: don’t even THINK first about getting a plumber to fix it. Try the next door neighbor: it’s cheaper, faster, friendlier, and usually just as good. It’s a shared experience and the neighbor sees that your toilet is just as broken down as theirs. Commiseration ensues.

Cuba taught me that a different system truly means seeing the world differently. One story will suffice: I was in Cuba on September 11, 1973, when the coup in Chile occurred. For the first time in my life, I saw footage of Latin America on the evening news – which also made me realize how ignorant we were about life in the Americas. What we saw on our TV screens was Western Europe – and Vietnam, because of the war. Even today, more than 40 years later, I can ask: when was the last time you saw a news story direct from Latin America or the Caribbean that wasn’t a gigantic natural disaster or on Telemundo or Univisión?

The 8th grader’s question was so good that I’m going to answer it seriously little by little over several posts. And I invite you who have traveled to Cuba to send me your comments/answers to the same question. Do you think going to Cuba has changed you in any way?

I'm looking forward to 2016 and wish you a very Happy New Year. Help me write the future!

All prices are in USD. © 2020 Center for Cuban Studies