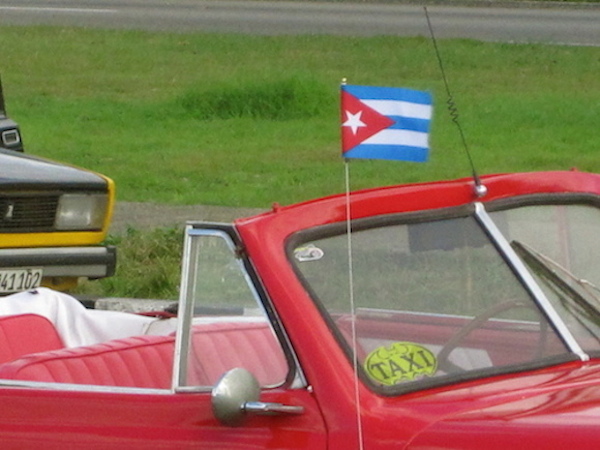 The news this week is that President Obama, on the eve of his March 21 arrival in Cuba, is further loosening travel restrictions. U.S. visitors will no longer have to travel in groups to qualify for legal educational travel in one of 12 permissible categories. While “tourism” is still not allowed, individual travel is. This means that, short of Congress removing the travel ban entirely, most anyone can go to Cuba on his or her own.

What does this mean for Cuba and what will it mean for U.S. travelers? What should our role be now, here at the Center for Cuban Studies, regarding travel?

For one thing, we’ll want to help promote ETHICAL TRAVEL TO CUBA, something that Conner Gorry wrote eloquently about in her blog not long ago. She listed seven rules that visitors should follow: respect the laws of Cuba; reduce water usage; reduce plastic waste; adapt; do not, ever, request that musicians play “Guantanamera,” “Lágrimas Negras” or “Chan Chan;” learn some Spanish (or even better: Cuban) phrases; R-E-S-P-E-C-T.

These rules are even more important for individual travelers. They’re a lot easier to follow in a group because the U.S. group leader and the Cuban guide can nudge you, remind you, help you to understand. When you’re traveling alone? Not so much.

You may not know the laws of Cuba, for one thing. I’ve found that because of Cuba’s negative press in the U.S., most first-time travelers think they can do just about nothing in Cuba – or think they’re being followed, or that their hotel rooms are bugged. So if you’re traveling alone, do a little research but everyday laws aren’t that different from our own (don’t drink and drive!). Some laws are different: if you plan to write about Cuba for a magazine or film for a documentary, you’re supposed to obtain the proper kind of visa before going. You may not know enough about Cuban popular music to realize that requesting one of the three songs Conner mentioned of a good Cuban musician is like asking a wonderful pianist to play “Chopsticks.”

What does adapting to the culture even mean? One thing it means is not flushing your toilet paper down the toilet; use the wastebasket next to the toilet instead. Much of the adaptation has to do with shortages in Cuba – the necessity of recycling, for example. And what are you supposed to respect besides the laws? Respect everyone, pay attention to how Cubans behave. Try to be as gentle, warm and nice as they are, even when you are disagreeing with them.

Every country has its customs. People watching is a great way to learn Cuban customs, and it’s something a traveler should consider. Sit at an outdoor café and just watch. Sit in a park and watch how people treat one another. Try to figure it all out. Feel free to take photographs of everyone. I’m always amused when those on our trips ask Cubans, very politely, if it’s okay to take their photographs. Cubans LOVE to be photographed (some even ask for money for the privilege of letting you point your camera at them). It’s a friendly interaction that they enjoy.

Questions about laws and customs and “proper” behavior in Cuba are questions we at the Center can help answer, and once our members and supporters decide to travel on their own, I hope we’ll be prepared to answer. Send me your questions! And if you already travel to Cuba, send us your comments to pass them on to other readers.

Traveling individually to Cuba can be fun and exciting if you know where to go and what to look for. But Cuba, for all its seeming accessibility, can also be closed to the casual visitor. And you won’t even realize it. Many people walk into the Center gift shop after returning from Cuba and exclaim, “I didn’t see ANYTHING like this in Cuba!” That’s because they didn’t know where to go. Others still return saying, “I loved everything about Cuba except the food,” because they didn’t do their homework before going. In the past few years hundreds of paladares (home and private restaurants) with excellent food have opened. You just have to know where to go.

President Obama and the Rolling Stones in Havana within three days of one another were impossible to imagine a year ago. Neither the Cubans nor we are prepared for the enormous changes. Thousands of U.S. visitors are descending on Cuba with little understanding of what’s been going on for the past five and a half decades. The Cuban mantra has always been “do it slowly, gradually.” That’s so everyone knows what’s happening and WHY, so that no one is hurt by changing rules, even when they’re for the better. But most of the current changes are going on without much analysis or debate. And often what seems a step forward, for some people is a step backward or sideways.

These are all questions to explore in the coming months as more and more of our U.S. citizens see NOW as the time to see Cuba “before it changes.” It’s changing so quickly, catching up with such fervor, that much of the future is already part of the past.

All prices are in USD. © 2021 Center for Cuban Studies