This event has been postponed and will not be taking place on October 22nd. Please check back soon for the new date. We will update ASAP 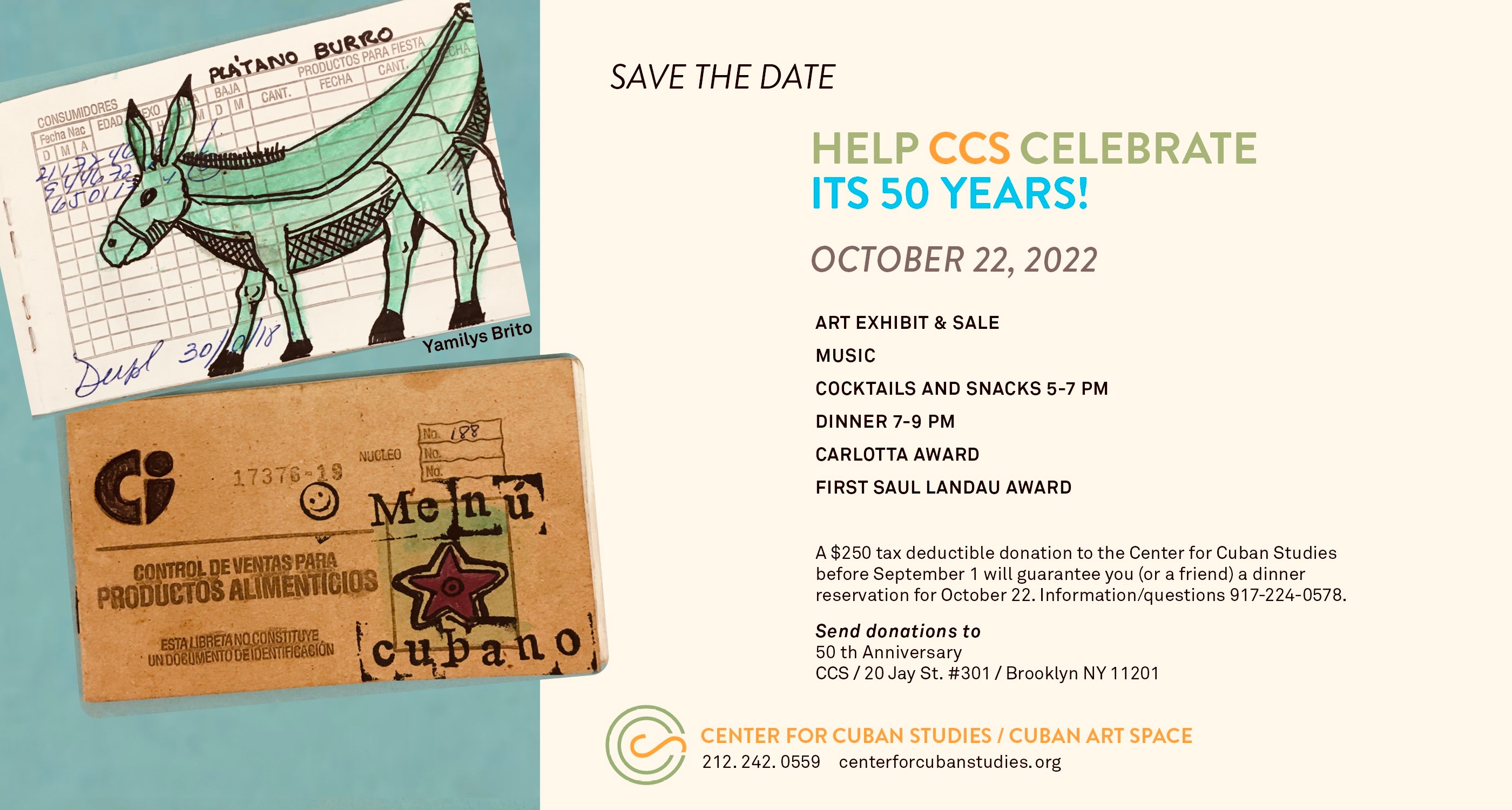 May 18, 2022 marks the 50 anniversary of the Center for Cuban Studies, founded in 1972 by author-filmmaker Saul Landau and photographer Lee Lockwood. Despite a two-year interruption in our normal ac

tivities – no trips, no public programs, a limited number of exhibits and few workers – the Center has somehow managed to survive. We’ve done this in large part because of you, our members and supporters. You supported the e-store I started in 2020 out of my apartment which helped pay the rent, and each time we asked for donations for us or for medical and food supplies for Cuba, you generously responded. We’re open to the public again and busier than ever. 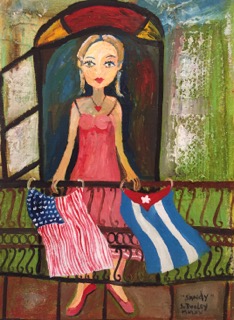 We have big plans for out 50th anniversary and hopefully most of them will still come to fruition. Looking back is not what we want to do, we want to plan for a future that will bring an end to the U.S. embargo and bring millions of us from the U.S. traveling to Cuba, to get to know this amazing island and its people up close.

We want to continue supporting our incredible artists, especially those who are self-taught and living outside of Havana. We’ve been their champions for more than 25 years and helped many to be recognized both inside of Cuba and throughout the world.

For example, artists like Wayacón (Julian Espinosa), who is 91 and still painting. This is a painting by Waya from our current exhibit of magic realism from Cienfuegos. 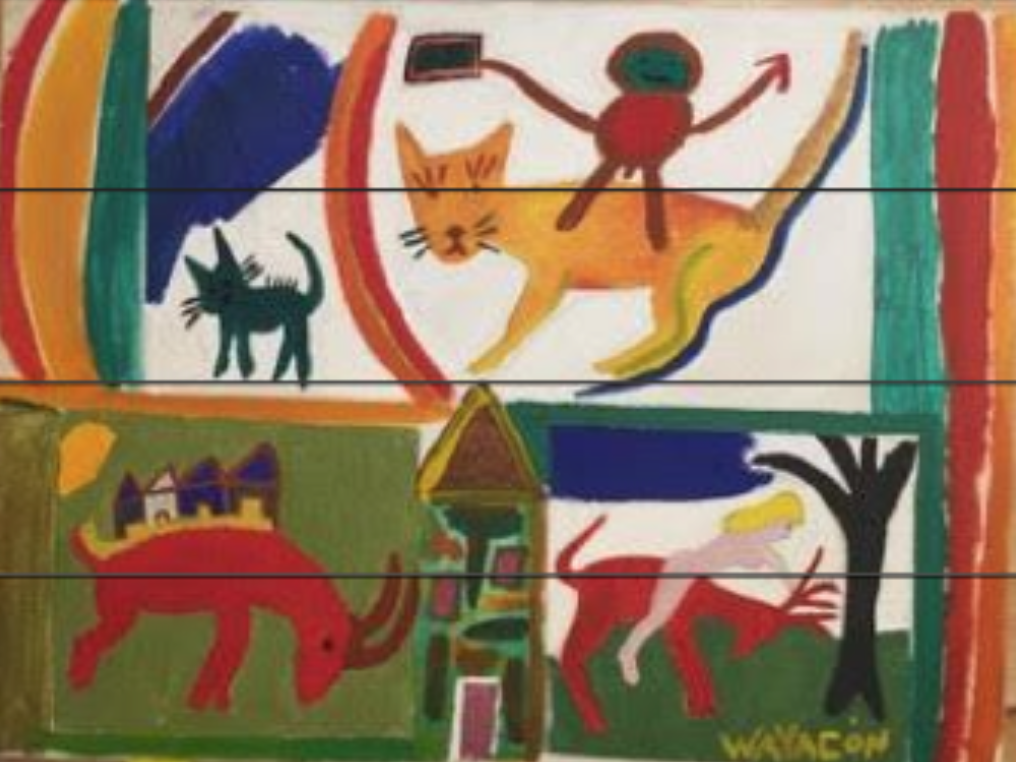 Soon I’ll let you know some of our immediate plans for the rest of the year—they include monthly 50th anniversary trips for our members, blow-out art sales, an in-person celebration with a spectacular art exhibit and very special performers and speakers. And with help from you, we’ll celebrate in other cities than New York as well.

For our recent supporters, who may not know our history, here’s a little of what we’ve managed to accomplish in these 50 years: a few of our many firsts:

☻  first to open a physical space for the public to do research & study on Cuba;

☻  began distributing Cuban movies in this country in 1972;

☻  started a Spanish language school in Havana for U.S. travelers in 1977;

☻  published the magazine CUBAUpdate for 25 years, starting in the mid ’70s;

☻  sued the US Treasury Dept. in 1992 and won, making it legal to import original Cuban art;

☻  collected more than 10,000 works of Cuban art, all on site: the largest collection of Cuban posters in the U.S., plus paintings, drawings, prints,

☻  opened the Cuban Art Space gallery in 1999 and since then have presented more than 100 on-site and offsite original exhibits;

☻  sponsored many cultural exchange programs and brought to the U.S. dozens of important artists, writers, academics and musicians.

All prices are in USD. © 2023 Center for Cuban Studies